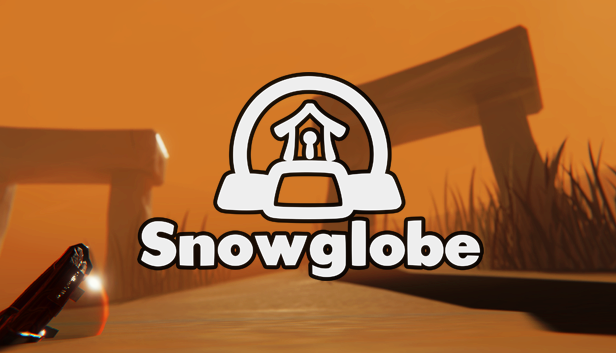 Lost and alone, you awaken in a barren place, an isolated temple before you. Inside, a way out...

Hi there! I'm Mark, and for the past few months, I've been tinkering away at Snowglobe, a short VR game. The Steam page for Snowglobe has just gone live, so what better time to introduce everyone to the project!

Originally, Snowglobe was set to be a traditional point and click adventure game, but then something happened. I tried an HTC Vive - it changed my plans. There was something powerful about standing in front of a virtual character and having them look you in the eyes. This level of immersion is simply not possible on a traditional screen. A couple of weeks later, I was unboxing my own Vive and began porting what I had of my game to VR.

That said, the heart of a point and click game still beats in Snowglobe. There is still an inventory, you still collect items and use them in inventive ways to make progress. The main difference is that in Snowglobe, you are given functional items. Puzzle solving involves observing the effect that these items have on the world, and figuring out how to use this to your advantage. In traditional point and click games, items are effectively useless until you find their one sole purpose. Though in their defense, you do get to hear some hilarious dialogue, for example "That doesn't need to be lathered up." 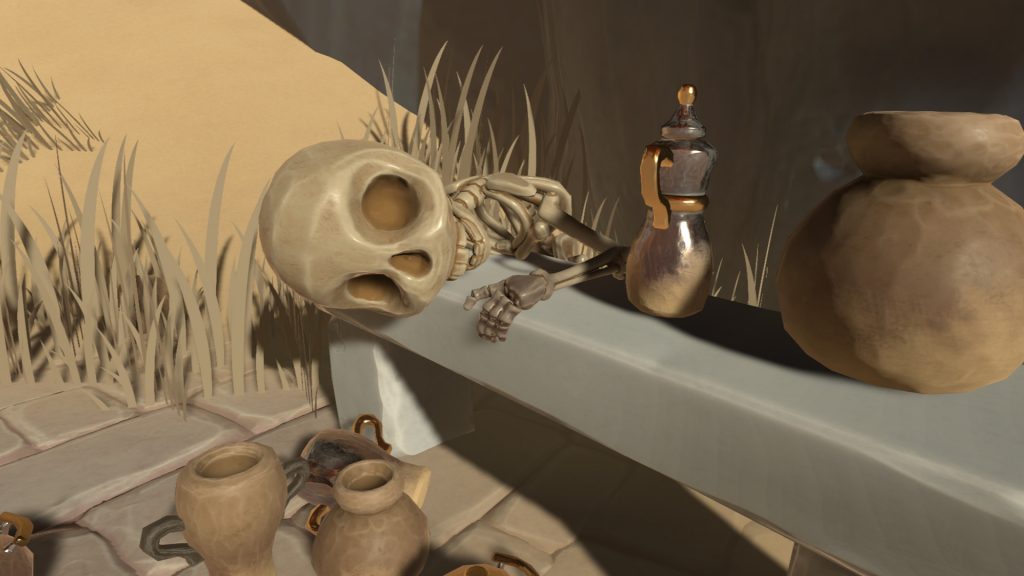 The core experience of Snowglobe revolves around the creative use of items you collect. As you make progress, you will discover what this desolate place is, who sent you here, and with a bit of luck on your side, find your way back home.

Given that the world of VR was essentially brand new to me, I had to do some research. This of course meant playing a bunch of VR games, and critically assessing what I felt worked, what didn't, and what made me feel ridiculously nauseous.

Binary interactions seemed to be the least interesting. Actions that had a degree of variability or skill (such as aim or power) felt the most rewarding. This probably explains the number of archery VR games. (Spoiler: I may be adding to this number). 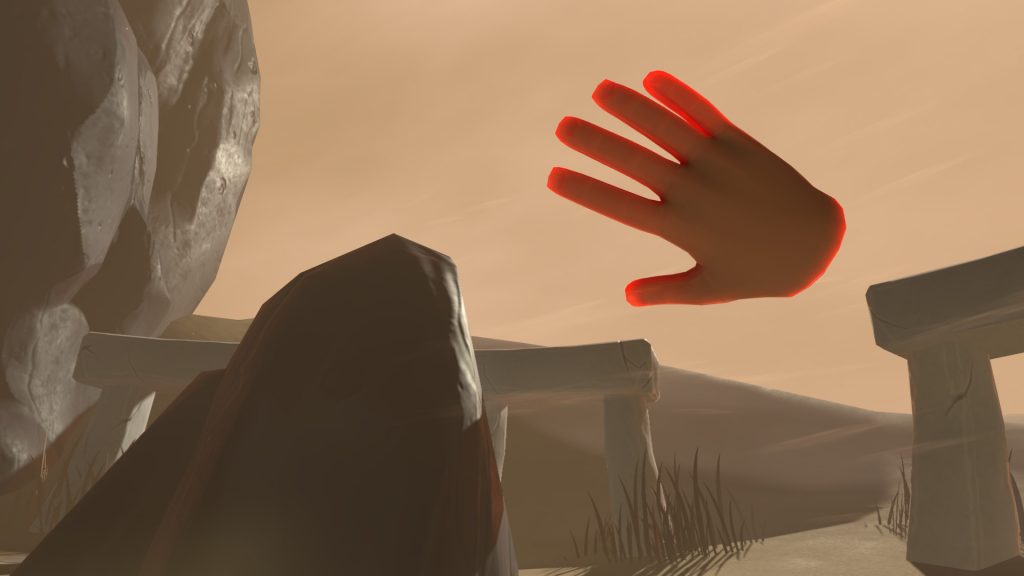 Whilst you have 6 degrees of freedom in VR, i found it it annoying to have to constantly check behind me for threats. Goggles and cables are still a thing. This gripe helped dictate the pace of the game. I found it better to take in my surroundings casually, figuring out what my options are, and investigating points of interest, rather than frantically looking around as I get tangled up in cables.

One thing I just can't seem to handle is touchpad motion. Plummeting to my virtual doom from a cliff is less nauseating than strolling around with a touchpad. As a general rule, if I need to move the player around I provide some visual context to ground them. Something like a car dashboard is a good example for this. In Snowglobe, I decided to avoid automated motion altogether. Every movement is done with a teleport that fades out and in. I found this to be the most comfortable and fitting way to address VR locomotion.

I hope you've enjoyed this introduction to Snowglobe!

Stay tuned for future Snowblogs! With each post I'll be updating you all on the latest, sharing what I've learned along the way, and the thought behind the decisions I'm making for Snowglobe.

I've played for an hour trying to grab the dog treats but cannot. I can grab jars and rocks with no problem. The only way I knew I was supposed to be able to grab the dog food is because I got so frustrated, I went on-line to find a video of someone else playing it. There appears to have been an update recently about not being able to grab objects near the treasure chest but still now sure why I cannot.

Sorry for the delay. You need to unlock the chest with the screwdriver, then you can open the chest to get the treats out.